Visa as upstart disrupter vs Mpesa

This is an unusual role for Visa. Do you think they will succeed?

Similar to messaging apps like Whatsapp/Wechat, I think payment methods are largely sticky because of the risk involved in using a new product for transferring money. Given the brand though, they would likely get more tech savvy / higher income users or late adopters.

hi @Prathamesh I don’t quite get how messaging apps will become payment rails. People tell me they will but I have just had 2 meetings in Singapore. One told me he lives on WhatsApp. The other lives on WeChat. How can they send money to each other?

I meant similar to the way messaging apps have retained users, payments apps will also retain their users, even if Visa comes along. If the users are on different apps, I would guess the apps would support a way to send money to each other’s bank accounts directly, so that would not be a problem.

A comparison of pros and cons of the Visa and the Mpesa way.
The former linked to banks and the latter constrained to one mobile carrier.

“Mvsia users have to be connected to one of four Kenyan banks that have partnered with Visa. M-Pesa users only need an ID card and registered cell phone—they don’t have to be connected to a bank, which is one reason why the platform has become so popular. More adults have mobile money accounts than bank accounts in East Africa, according to GSMA’s 2015 report (pdf) on mobile money.
On Mvisa, smartphone users pay for goods by scanning “quick response” or QR codes, making it similar to payment systems in messaging apps like China’s WeChat. Feature phone users can key in SSID codes.
One advantage that Mvisa has is that it’s not linked to just one mobile network provider. “Because the transaction runs through the Visa network, the consumers and merchants do not need to be customers of the same bank or mobile operator,” Visa said in a statement. M-Pesa users have to use Safaricom’s service and can only transfer to other Safaricom subscribers.
In this way, Mvisa may be a solution to the problem of a lack of “interoperability,” that prevents transactions across countries and among users on different mobile networks and has held mobile money back from truly transforming finance in Africa.” 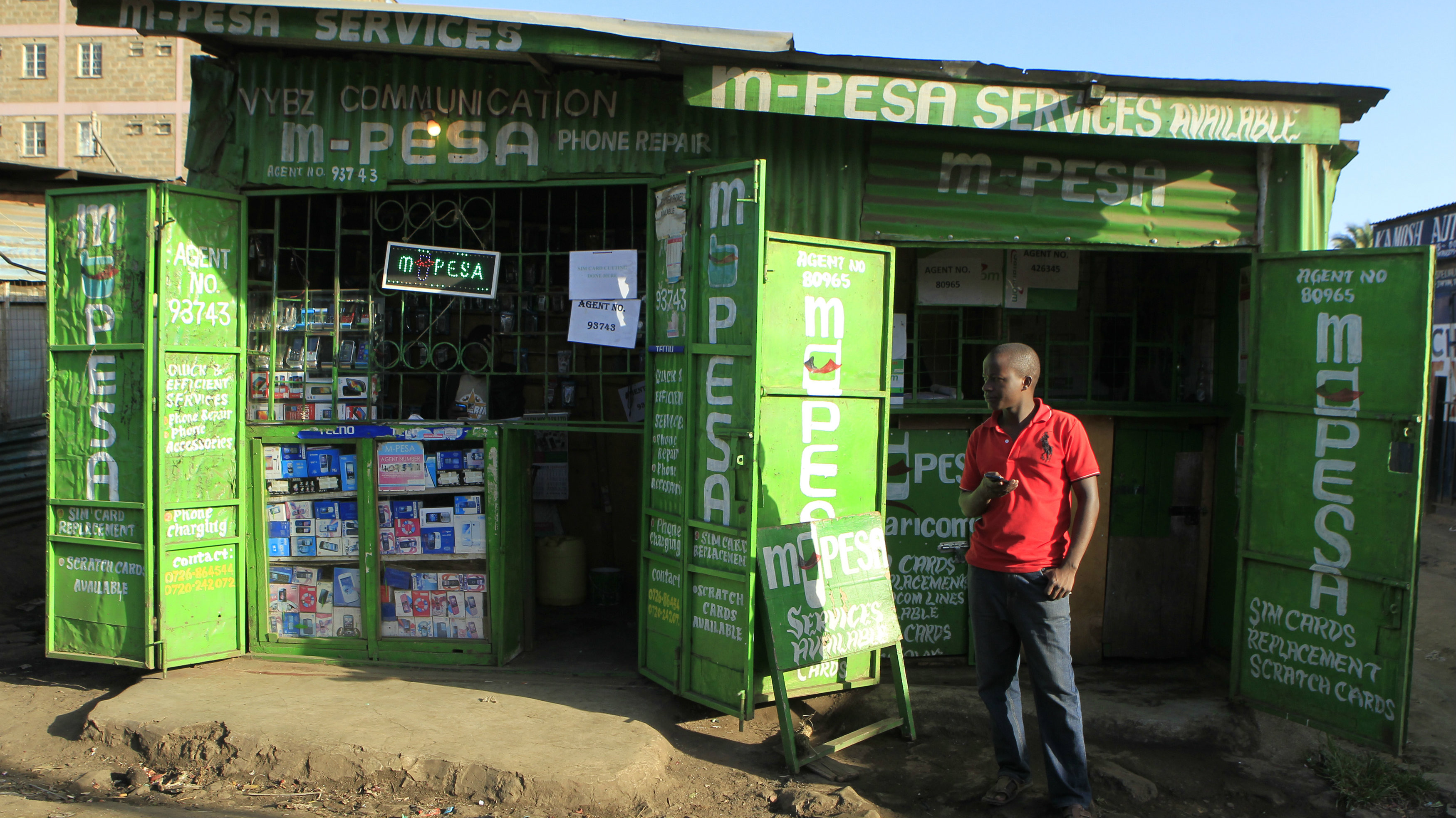 Africa, and Kenya in particular, is the center of the global mobile money industry.