MortgageTech - the last frontier for Fintech? A starting list of companies focused on Mortgage

MortgageTech - the last frontier for Fintech? A starting list of companies focused on Mortgage Lending

Despite an exponential rise in Fintech activity across many sectors, mortgage seems to have attracted a significantly lower amount of attention, at least on a relative basis. I would suspect this is all for good reason - mortgage is one of the most complicated and heavily regulated financial products and requires a deep level of domain expertise, which is why I suspect many startups focus more on the consumer interaction layer vs. more complete process and product solutions. That said, mortgag…

Below is an interesting article on some of the problems and challenges with technology innovation in mortgage: 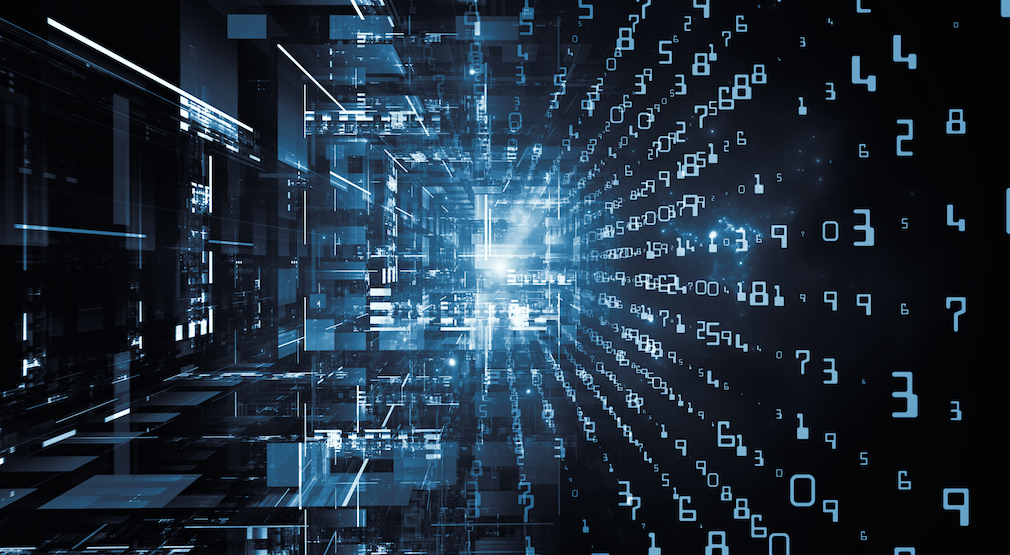 Over the last few years, publications just like this one spilled a significant amount of ink on the digital mortgage revolution — that is the effort to take the cumbersome, paper-intensive mortgage process online. Innovations like Quicken Loans’...

How do you see the long duration aspect influenceing innovation?

In what ways is it impedeing, or what barriers do you see it supporting?

I meant long duration of the product is a barrier to entry for fintechs not for innovation…there is indeed a big opportunity re innovating in mortgage process and this is the area that fintech can play a role, however they can’t keep these loans on their books due to their duration

Yes, there is plenty of juice, but it will most likely kill him on the spot.

For starters, the recent article in the Economist is required reading. In the mortgage space, you are not trying to disrupt banks, you are trying to disrupt… the government. (Holds to some degree in may European countries too).

Even outside the core risk taking function (originating and holding mortages) there are risks galore along the pipeline. I like to joke that there was very effective robo-signing way before effective robo-advising.

Having said all that, assuming effective identification and mitigation of the substantial risks involved, there is every reason to think (even hope) that mortgagetech will be one more piece of the puzzle of how to democratize finance!

Matt Levine (one of my favorite business journalists) of BloombergView, wrote today about Mortgages (I wish I could claim that we spoke last week and agreed to write about Mortgages this week):

"One of the most powerful trends in modern finance is toward abstraction and away from the annoying random facts of physical reality. You can’t go a week without reading about how the blockchain will revolutionize private stock markets, or syndicated loan settlements, or tuna, replacing current laborious manual procedures with instant electronic synchronization. It’s not just a blockchain thing; index funds allow you to own “the stock market” while abstracting away from the particulars of any individual company. Nor is it even really a modern thing. The whole point of finance is to do this sort of abstraction, to replace “I have a goat now” with “I have tokens that will allow me to buy a goat later.”

And then there’s the U.S. mortgage industry, which is still run on random scraps of paper, all of which have to be signed in pen and notarized and put in just the right physical folder. Some people want to change that – say by using “secure webcams to link borrowers and notary publics,” so at least they don’t all need to be in the same room – but it’s not easy:

The National Association of Secretaries of State held a conference in July that featured panels about remote notarization, and many state notary administrators were in attendance. While some were receptive to the idea, others challenged speakers on everything from fraud to whether video recording of a notary signing could be hacked.

Some administrators, sitting around tables arranged in a horseshoe, debated with a Quicken Loans speaker about if notaries would know whether a webcam signer was being held at gunpoint.

Come on. One problem with mortgages is that banks did try to abstract away from all the dumb physical-signature stuff, by creating MERS, an electronic mortgage registry – sort of like DTC for stocks – that allowed them to transfer mortgage entitlements without all the traditional signing and notarizing. It is a … mixed bag. One way that the banks abstracted away from the signatures was by “robo-signing” documents that they probably shouldn’t have, by failing to respect the formalities in ways that may have harmed homeowners. The mortgage system is archaic, but nobody seems to quite trust banks to modernize it."

Matt Levine wrote about MERS after the Lending Club accident.
" It is called MERS, and it replaces the old process of registering transfers of mortgages on paper in local county land offices with a sleek centralized computer registry. A blockchain for mortgages, if you will. It led to deep suspicion, legal uncertainty, forged mortgage transfer documents and court decisions declaring some of those mortgages unenforceable. "

We cant be discussing about MORTGAGES without being aware of the etymology of the word: MORT (Dead) & GAGE (pledge).
Part I of Digital mortgage market on DailyFintech is an intro. Part II follows. All inspired by the Fintehc Genome community.

I am adding four additional, more alternative startups that will enrich the conversation since they are worth monitoring.

Income& (Income And) that is offering investors access to PRIMO investing. In plain words, an alternative fixed income investment into to Prime rated individual mortgages. This is P2P investing focused on prime mortgages. The company launched early 2016, so very early stage.

Coinshark.io, is an app focused in the P2P lending space. They offer the ability to pay your loan with Bitcoin. Housing payments often are a large part of family budgets and for those compensated in bitcoin, this is app is useful and at the same, is storing all the relevant data.

Freedom Mortgage, an incumbent mortgage lender in the US, that is independent and privately held, has launched through a subsidiary BigFreedom, which is an App using Chatbot technology (watch a demo here) and aspiring to become an true online lender, the Uber of lending as they claim on AngelList.

Jungo is the mortgage app from Salesforce. But it is also the name of [a Dutch startup (now over to Europe) that is looking to disrupt the mortgage market through crowd funding. They recently got approval from AMF to operate the P2P funding of mortgages form the crowd. In Holland there are already SamenInGeld and MetElkaarhypotheek of Obvion operating.

From Australia and out of Tyro Fintech hub, I read about HashChing.
They are targeting the AU mortgage industry (around $1.5 trillion), bringing transparency and on-demand service (that was unheard of before) in the industry. HashChing works across all mortgage panels and providers, including banks, non-banks, credit unions, building societies and online lenders.
HashChing is also unique in that it allows for ratings and reviews of brokers to assess their business performance and build a trusted network of brokers within local communities.

@Jessica how is Tyro Fintech hub supporting them?
Elsewhere, I am seeing that HashChing is funded by InvestSMART (publicly traded on ASX).

I’ve also recently reviewed another company that has developed a great solution for the borrower document collection and review function (“processing”) called LendSnap. They just wrapped up with Y Combinator.

Spotted something (at last) from Europe!

A “Residential Mortgage” button on Atom’s website promises it will be: “Spreading the Atom magic, available through mortgage brokers very soon.” found here.

Atom bank is raising 100mil pounds for its Mortgage strategy. It is supported by IRESS. Atom will use the Aussie tech firm’s MSO product as a managed service, which will give it sales and originations functions.

MaticInsurance.com – integrates directly with lenders and insurance carriers to provide a smoother homeowners insurance process for the borrower. Win for all.

I think it’s a good example of a startup filling the void left by institutions who can’t get the hundred internal sign-offs necessary to really innovate for clients.

Has anyone heard of start-ups attacking the mortgage insurance market?

Contrary to mortgages, margins are anything but razor-thin, and user experience is just non-existent.

Hi Efi, no direct involvement other than providing the co working space via the hub - at this stage anyway! VC fund Sapien Ventures has a large stake in the business, and is a sign of the large amount of Asian investment that could flow Australia’s way as Chinese investors look for better returns via technology vehicles. This article is interesting. 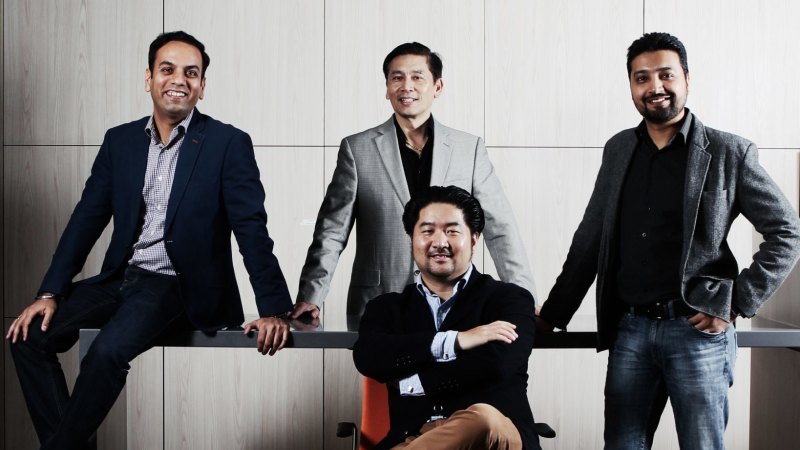 Sapien, with partners in Sydney, Melbourne, Silicon Valley and Shanghai, is preparing to raise a new Aussie dollar fund in China to back startups using Austrade's new Shanghai "Landing pad".

Not sure if it is directly classed as mortgage tech, but it is certainly very interesting and innovative. A company called Point out of the US is helping homeowners unlock the wealth in their homes by taking an equity stake in the asset. Replaces the need for a homeowner to get a loan from the bank to access those funds in order to reinvest elsewhere. Backed by Andreessen Horowitz.

“A nickel ain’t worth a dime anymore” –Yogi Berra Most innovations in financial technology have revolved around new modalities — take something we’ve done for decades and just “put it on the internet”. The paper credit card statement begot the …

@Jessica Point has received ALOT of press. I opened a topic around them Old-fashioned financial engineering in Home Equity!
It will be interesting to monitor their market product fit.

QUICK AND CHEAP PROPERTY & MORTGAGE VALUATIONS
Within the next month, we expect to see live the first blockchain application for property valuations and mortgage valuation in Hong Kong! From Bank of China and HSBC.
See https://www.ft.com/content/c856787c-9523-11e6-a1dc-bdf38d484582

Blockchain will be used to create a decentralised network of banks and surveyors through which the latest valuations can be listed, verified and shared — in a matter of seconds.