@BernardLunn, that is a very good question but not easy to find a good answer. I can’t say that I fully understand bancor. It’s economical design is pretty complex and I personally don’t like what I understand, this “one token backs another token” plus “fractional reserve” - design. I believe there might be a thin line between useful and mis-use.

There may be some similar aspects to Lykke, there are enough differences in my opinion to say “no competitor” under the line, especially because Lykke already includes Fiat and on a way of being regulated while I’m not so sure how that will be possible for Bancor. But the real question my be how both will develop over time, how it would be if both projects already would be established and kind of “all what they can be”. Then it may be more competitive.

But, I personally pretty much stay away if I find a system very complex and that is the case for bancor. Another point is that I’m not sure about Ethereum and smart-contracts when it’s about security. TheDao is often seen as failed because of “sloppy coded” and that’s not untrue of course. But it was reviewed and my infos are that it’s not easy to code complex stuff on Ethereum and being sure that there are no critical bugs. So, under the line - bancor is nothing I personally invested in or plan to.

Two good articles about bancor are these in my opinion:

@tempus Is it OK to copy the q&a we had on this from the Slack? Another Q, where does Lykke post financial info? I see 2015 but that is too long ago to be meaningful. Do you publish annually or quarterly?

@bernard, Lykke publishes their results in their newsletter (sometimes on a monthly basis but not consistent) which is emailed to Lykke registered users.

Hi @BernardLunn, what is it for a Q&A? Was it on the public slack? Don’t think that would be a problem.

Regarding financial infos: An actual financial report will be published soon. The most actual one before is this report from Feb 2017: https://forward.lykke.com/files/Memorandum.pdf

It was published prior to the LKK1Y (forward contract) crowdfunding.

Lykke Heat from the Global Street, May 2017
https://www.lykke.com/city/blog/lykke_heat_from_the_global_street

@tempus the level of transparency on the regulatory front is very impressive. This is a hard slog but being regulated in multiple jurisdictions will be a big competitive differentiator. At some point, the market will move from early adopter to mainstream and when it does Lykke will be well positioned.

@BernardLunn and it’s not even easy to be transparent about the regulatory topics because it’s really complex, not only because it’s about different countries, but just the USA - it differs from state to state and is kind of a “step-by-step-process”.

But yes, I believe exactly that is a big advantage or at least will turn out as a first-mover-advantage. There are others who will be technically good as well - but Crypto only. And it will take some time, and it needs resources, expertise and money to catch up on the regulatory front.

Who may have missed the Coinholder meeting in which the team replies on questions after publishing the annual financial report - it can be watched here: 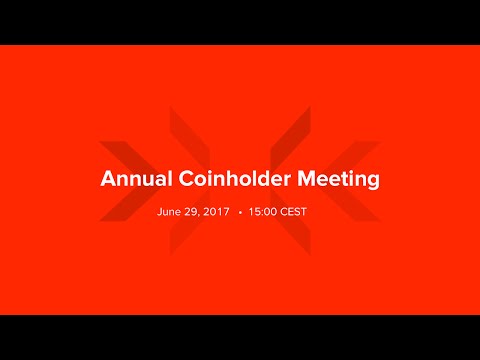 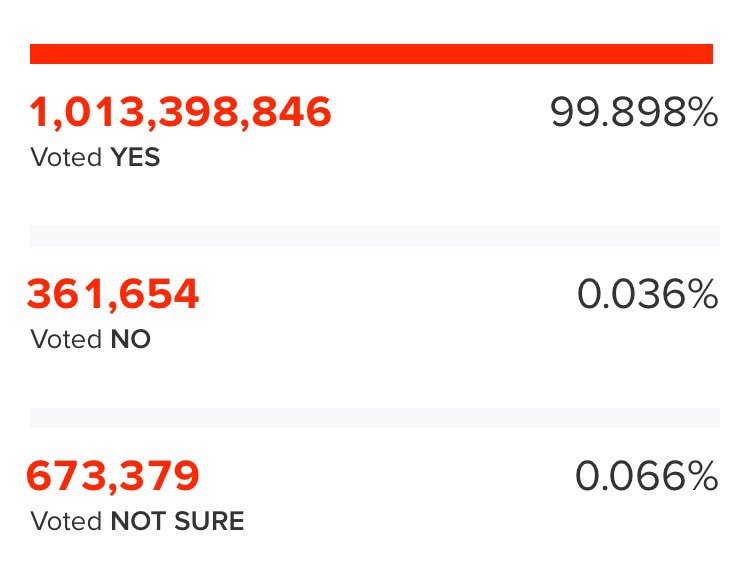 I’ve been investing for more than 20yrs and last week was the first time that I genuinely participated in a shareholder meeting!

From the conventional signing of documents to live video broadcast with global Q&A.
From one way communication to interactive exchange.

Lykke’s share price today reflects a market valuation of approximety $450mil!
What are the expecations that the market is pricing in?
This is my take (but read more details in my post below):

“Lykke wants to be the global marketplace with the new understanding. They want all business to be launched and executed on their app. When I say all, I literally mean all. The Lykke app wants to be the center of the world. Whether you are a retail individual (investor, trader in the old sense, or not) or a business (to be built or grown up with complex business processes) or a government; Lykke wants to serve your needs. The accelerator they launched recently, will grow the ecosystem and have the desired network effects. Lykke is open of course, to all sorts of business partnerships, for example, the recent partnership with Splendid, a Swiss student loan lender, for servicing international students via blockchain transfers, a process which cuts costs of such cross border transactions and simplifies the process.”

Lykke: the early pioneer in the next generation of Global Digital Asset...

Lykke has been ahead of the curve in the Capital Markets 3.0 evolution, in multiple ways. I confess it is difficult to put an order to all the aspects of the Lykke venture, simply because it is a Big Hairy Audacious one. Lykke is open-source (if you...

@Efi or @tempus On CoinMarket Cap it talks of a market cap around $55m. Is that the coin valuation and the equity valuation is more like $450m? How are these two calculated?

I was at a Lykke q&a meet-up last week. I might not know much about the technicalities of this project but I was struck by the huge scale of vision - the philosophy behind it. From what Richard Olsen and others were saying, Lykke wants to save people from the inefficiencies of the financial system (fees & time wastage) + protect personal information from Facebook & Co + free people from central banks manipulating fiat currencies + save the world from environmental disaster. That’s quite a list!

The premise behind Lykke appears to be a slow burn game changer rather than a get rich quick ICO without too much substance backing up the trumpet calls. It’s going to take a lot of technical & business nous to translate the vision into a viable concern.

@swissinfomatt I agree, an impressive company. At over $400m valuation it has to be. I can see 10x easily if they execute, but that does not leave much room for error.

Yeah I wasn’t happy about that either when I first noticed. The thing is, very few coins represent equity. I’d hazard to guess that LKK is the only coin representing real equity in a real company.

@dailyfintechrocks, @BernardLunn: About coinmarketcap.com, because it’s a little bit complicated:

The site Coinmarketcap was released at a time when it mainly was about Cryptocurrencies like Bitcoin. Those protocols have fixed payouts (mining or staking) and a hard cap (in Bitcoin 21 million BTC as max and currently 12.5 BTC per Block, approx. each 10 minutes). That made it possible to say “total supply 21 million Bitcoin” and “marketcap: xxx BTC” (current supply multiplied with current price). Over time there have been more projects with different eco-designs and coinmarketcap tries to differ between “total supply” and “circulating supply” but it’s not possible for them to find the one perfect rule that fits for all projects. Sometimes they simply ask the teams what is on the market and what might be locked up etc. And Lykke is one of the more complicated projects for them, because even if a lot of the supply is in hands of founders, team-members, seed-Investors and company itself, it’s technically not locked up. It can be moved. One could say “it’s not on the market as long as it’s not in public hands”. But also that is hard to differ - depends on definitions.

How it was meant for Lykke and actually that was the agreement: The circulating supply on coinmarketcap was connected to the trading-section of the App. That means if people move LKK from coinprism- or private addresses to trading the circulating supply goes up and the other way around.

The team recently moved supply, that still was stored on coinprism-addresses (generated before the App & trading section was released,) to the trading-section. That was also done to give a clearer picture about the total value, because some people who just looked at coinmarketcap sometimes confused that. But coinmarketcap “back-updated” to old numbers and as far as I know they haven’t been very communicative (while informed about the transfer before).

But this site gives a good overview about all important numbers: https://www.lykke.com/city/invest

And yes, Lykke is not the only project on coinmarketcap that is not displayed precisely.

So what’s the difference between Lykke and Swarm City?

I’m familiar with both projects and I can’t think of any way in which they’re similar.